The Mighty Rivers of Intemperance and Improvidence 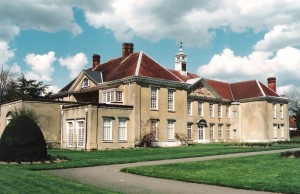 On New Year’s Day 1889, in Hereford, Lady Henry Somerset was the first woman to be initiated into the Independent Order of the Rechabites.

We have long since lost sight of the Rechabites but in the late 19th century, they were an influential temperance friendly society. Founded in 1835, the Order was named after an Old Testament nomadic tribe of abstainers. Its objectives were the glory of God and the welfare of humanity – a perfect match for Lady Henry’s beliefs.

In her speech, Lady Henry referred to the mighty rivers of intemperance and improvidence, which hindered efforts to stem the great tide of misery flowing through the land. Whilst she agreed that improvidence was largely associated with improvidence, she also stated a great truth when she said:
“There runs through our national character a marvellous want of thrift and an astonishing indifference to the wants of a rainy day.”

How true this still rings today!

Lady Henry Somerset went on to say that this characteristic was not restricted to the working class – it affected all classes of society – again this is still true today.

Perhaps surprisingly for one who was committed herself to total abstinence, she also declared:

“I maintain that no government has the right to make arbitrary laws to enforce sobriety, as that is a system which would only impair the liberty of the nation”.

She was a century ahead of the Human Rights Act!!

“But every good government can make it easy to do right, and difficult to do wrong”.

Perhaps this should become a slogan in the next general election.

Her speech was printed in full by the Hereford Times and then reprinted in booklet form for wider circulation.

It was only a few month’s later that Lady Henry Somerset was elected president of the British Women’s Temperance Association.

She had proved herself a powerful orator and passionate advocate of temperance and moral restraint.

I am a freelance writer & author of 4 social history books, featuring female social reformers of the late 19th and early 20th century. In a previous life I managed a housing charity. I also give talks.
View all posts by rosblack →
This entry was posted in Lady Henry, Reigate Priory, Temperance, Victorian Do-Gooders and tagged British Women's temperance association, Hereford Times, Lady Henry Somerset, Order of the Rechabites, reigate priory, temperance. Bookmark the permalink.